Just relax,
nothing is under control.

Software and other
dark arts.

Your brain is better at remember concepts, and you can always use visual cues to trigger them. It’s easier to captivate an audience with a story because we’re all very familiar with that format.

One of the original creators of Popcorn-Time, first released in 2014. It was (and still is), based on my library Peerflix, which can stream any type of content. Even to SmartTV's, Xbox, PS, Chromecast and other PCS's. The software gain fast media attention, putting us in a spot where we didn't wanted to be. Now it exists thanks to our open-source policy. There's Popcorn everywhere! And I'm very proud for being a part of it.

This is one of my pet projects. A platform where you can sync all your content between all your devices and the cloud. This software will make you aware that words are everywhere; even in the deepest silence. They're all floating through the air. Textile will catch them and make those words avaible for your eyes, and fingertips.

Skylog is a 3D robot, which's always listening every public conversation. With artificial intelligence, it stores the best quotes sayed by living people in a transitory chat. Each world, a little log. Each time, a different sky.

Landing page for people to get to know the native software. Motion-technologies were used in this work. In my perception, I really liked the result. 2D & 3D.

«Time is relative. It can stretch and it can squeeze, but... it can't run backwards. Just can't. The only thing that can move across dimensions, like time, is gravity»

Playing around with Blender and Javascript to recreate exactly the Textile Logo in 3D. More updates on this soon.

One day, not long from now, it was the mother's day. I didn't have any money to give her a present. Inert and crying in the dark, I decided to write a heart for her; which's always beating. I love you mom.

I won't spoil it for you. This Ludovico Einaudi's score touched my soul so many times; even more when I play it myself. This time, I wanted to make the computer «feel it» the same way. Una Mattina, in an autumn day. There are no leaves falling, the music stopped the wind.

Nature startles me. Storms might freak out a lot of people─even me. But I found them interesting. Watching plasmatic ray transforming their way to earth. The background lights for a moment, and in a fraction of that moment, thousands of celsius degrees blows into something comparable to a nuclear explosion.

What's falling if the sky is set on fire?

Earth is my favorite planet; but there's something about Saturn that keeps me tuned. It's spinning so fast you won't ever tell where's a crater. In all my ignorance, I wanted to recreate it using 3D Technologies.

A work in progress. Thanks Dalton, Thomsom, Rutherford, Bohr, Dirac, ..., for this. They finally found the hair in the egg so precisely that changed the world. And others amazing human beings who are continuing studying from the biggest thing, to the smallest; which is this: the Atom. And it's neutrons+protons, with electrons orbiting around.

Before graduating from highschool, I saw this bridge every single day. A small blink at 6am. A strong glance around 2pm. And a «I see you tomorrow» at 7/8/9 pm. For years. Lots of friends, stories and thoughts crossed my mind in & around there.

Sometimes I feel like I can't do something. Like I'm not good enough. And that's why I like words, quotes, dialogs, communication: because it keeps changing my mind. Over the years, my mind changed so much that I don't think I have a personality at all. People can inspire me in so many ways that I know I can be better everyday. So I can do it. This project is finished; based in what is now Skylog. 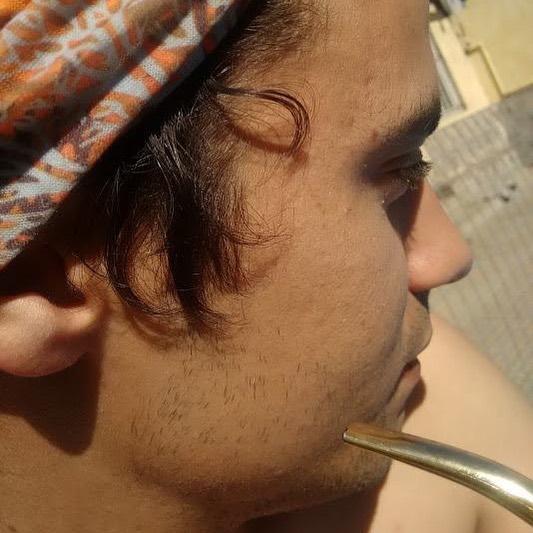 My name is Matias...

I began learning to code at 10,
since then I've built hundred of projects.

Currently I work at Keetup,
and work on other projects in my spare-time,
some of them are available on Stores and on the web.